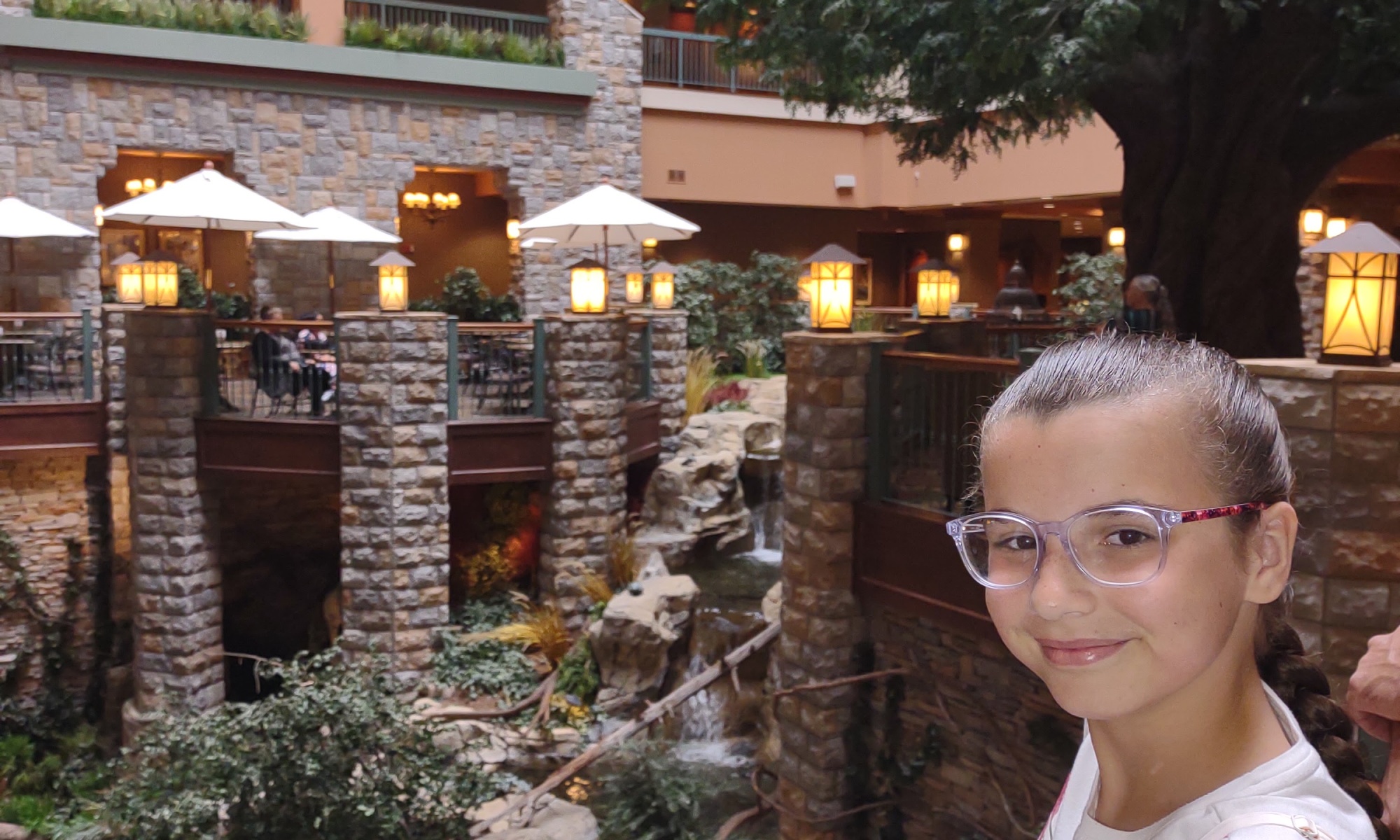 Twelve years ago I gave birth to a child that would help save my life. Maybe I’m being a bit over dramatic in your eyes, but looking back I see how her presence helped change the trajectory of my path. I never intended to spoil her, if I did. I never intended to hurt her either, as while I was growing and maturing, she had front row seats to many of my tantrums and what not.

As she grew, I began to notice that she was a special kind of child. She was early on all of her milestones, as other children can be. But something about her made you feel special. The way she would want to connect with you. The way she loved was big. The way she would hurt was big too.

Mamy times I would wonder if I was seeing her as so different because she was my second child and my first child was autistic. There were many firsts with this child I didn’t get to experience with my oldest child. But that wasn’t it.

Abigail started to show an amazing ability to make everyone around her feel special. Like you’re the only one in the world she would choose to be around. It wasn’t just with other kids but adults and the elderly too. As a maturing mom, I would of course sometimes get jealous. I have had to learn to share her and let her fly. I also see how I may have been like her as a little girl myself had I not had so much trauma that kept me socially crippled.

And So it Begins, you ask. Adolescence. I have no idea how we’re going to get through it. I always figured that it wouldn’t happen to her. That she would muscle her way through it smiling all the way. I was wrong.

For now, I can still get her to open up to me and share with me. We have the long talks she needs that I longed for when I was her age. I want to spare her so much hurt. I have to realize my experiences aren’t the same as hers. She lives in totally opposite circumstances than I did. Nonetheless, I do have wisdom from the school of hard knocks that I can tap in to.

Abigail is her name. If you think of Abigail in the Bible, you think of the woman loading the gifts to bestow to help make peace. That is our Abigail.

My Abigail experienced rejection today. She was so excited to join the youth group at church. Nervous and excited, I should say. Now she is the younger one instead of the older girl of the little girls. Her youth group is the ages of 12 to 18. Today she was told she couldn’t join in their fun unless she was 13. A rule the kids made on their own at a non-church event. She showed them no emotion and she walked away. She did not try to beat down the walls of rejection and demand her place within the group. She said, if they don’t want me around then I don’t want to be around. I am proud of her for that. Although, the rejection hurt her deeply.

When I prayed for her I felt the Lord tell me to tell her how He was rejected in his own town among his own people. But mom. He was God, I don’t think it hurt Him the same. My answer…Jesus was God but he was man too. He wept when Lazarus died, I’m sure He hurt when he was rejected.

We sat up and talked for about an hour. She went to bed quietly with a smile and an I love you mom. But my heart remains heavy tonight. This won’t be the last time a peer hurts her.

My final thought is this. Can you imagine being twelve or thirteen years old in this day and age? Not only are they waking up to everything adolescence brings, they also have to listen to talk of the virus, the vaccines, the masks, stolen elections, and food shortages.

Makes you think, who cares about friends being mean and bullying, those talks were for the past. The talks with our children now should be strictly on making it to heaven.

I don’t know y’all, I pray my Abigail gets a chance to get beyond these speed bump years and go on to change the world as her personality seems to suggest that she could.

This site uses Akismet to reduce spam. Learn how your comment data is processed.